Have you ever wondered what super-heroes do when they retire? In this week's edition of the Monday Mashup -- where I attempt to create a coherent story using one and only one panel from each of ten randomly selected comic books -- we seek to answer that question.

In the surprisingly advanced research center of Hammerstrom, Ohio, scientists prepare to bring back to life an aging super-hero! 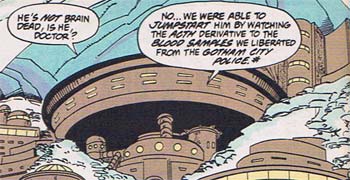 The attempt succeeds, and quickly the revivified former agent is able to reunite with his lost shape-shifting super-heroine wife. 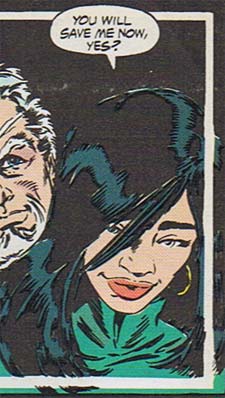 A discreet amount of time later, his beloved gently broaches the subject of what they should do now that he is back among the living. 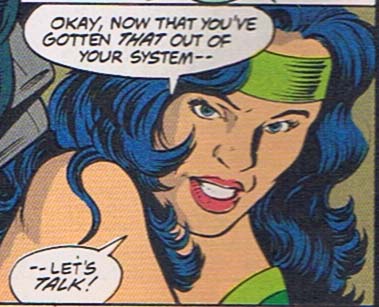 Feeling they have done enough for their country's citizens, the couple decides to retire in their new city, and settle in quickly, without noticing that not everyone is as enthused about their appearance as might be wished. 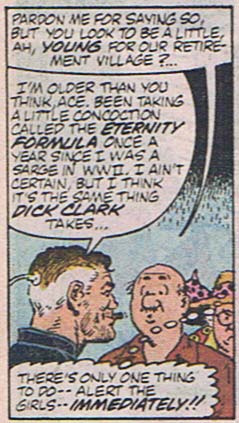 Luckily the neighborhood kids are much more accepting of the new arrivals than the town adults are, even daring to come up for a conversation after the couple's starship-themed propane tank accidentally goes "boom". 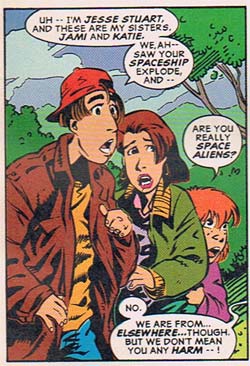 As days pass, the city's mayor, stirred up by the complaints of the wicked harridans at the retirement village, has been organizing protests against the newly-arrived duo. 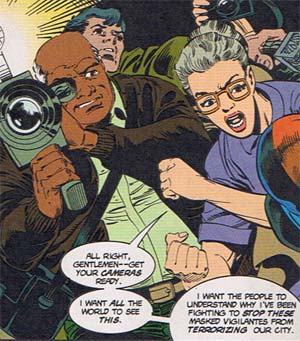 The town had quickly divided against itself on either side of the super-powered individuals' presence, pitting fathers against sons, mothers against daughters, and husbands against wives. 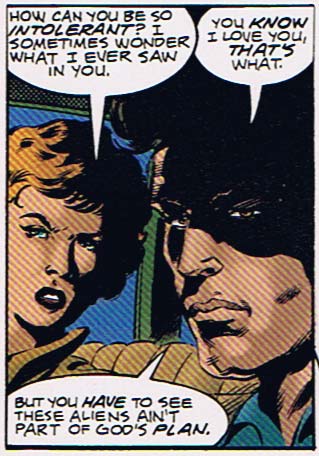 But as the angry mob drives towards the retirement home of Founder's Park, something horrible looms on the horizon. 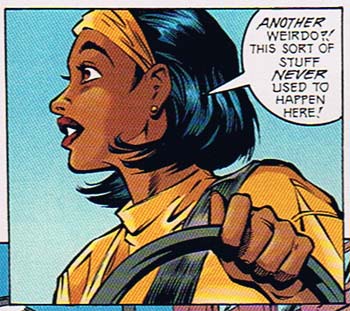 An invasion of giant monsters swarms over the hills, wreaking havoc and panic in their wake! 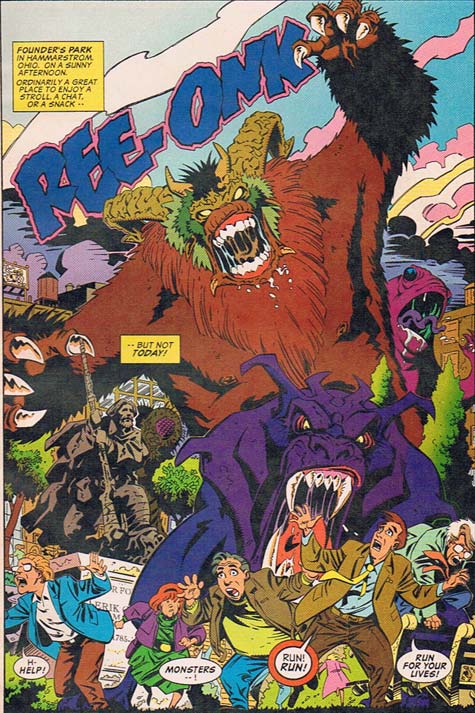 Will the newly retired duo stand up to stop the invading monsters, or will they leave the townspeople who rejected them to their fate?! Tune in next week, for an all-new episode of ... "The Monday Mashup!"

The following comics were used to create today's Mashup, listed in order of appearance.

2 Responses to Monday Mashup: The perils of super-hero retirees