Monday Mashup: Barracuda down the trousers

Posted on May 19, 2008 by AFDStudios | Comments Off on Monday Mashup: Barracuda down the trousers

The "Monday Mashup" (my effort at producing a coherent story using one and only one panel from each of ten randomly selected comic books) began with a question from my friend Dave. "Would it be possible," he wondered, "for someone without artistic talent to create an entire comic book using panels from other, published comic books?" I thought it was a very interesting question, and since I had the newly-acquired "Great Random Comic Book Pile" handy, I decided to use its pre-bundled collections as my test bed. So far I'd say the experiment has had mixed results, but I do have fun putting it together each week. If you know of other comic book fans with blogs or web sites, by all means send them a sample link and encourage them to try the same thing. I'd be really curious to find out what others can do with the idea.

Anyway, today's effort is a "What If" scenario, featuring an alternate origin story for Batman and his first adventure. Here goes!

On this Earth, Bruce Wayne has lost his family fortune and taken to the seas in an effort to escape the villainy and scum of humanity, not knowing that he is being observed by The Watchers. 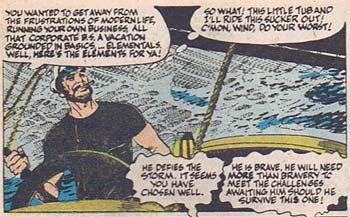 For the Watchers have seen what Bruce could not -- his ship is about to come under attack by a crazed band of animalistic pirates! 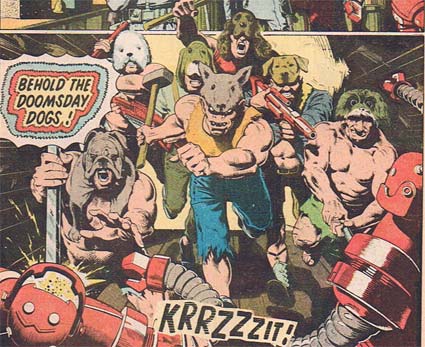 But Bruce Wayne will not shy from a fight, quickly snatching up the Australian boomerang he picked up while in port. 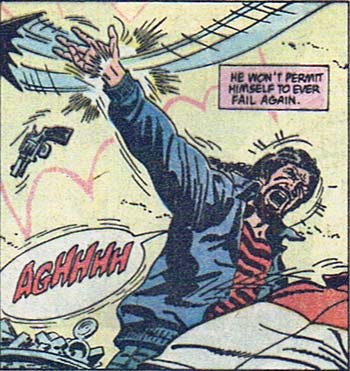 The combination of storm and piratical ravages proves too much for the wayward ship, and Bruce eventually finds himself washed ashore and in the power of a group of mercenaries who call themselves "The Order of the Bat". 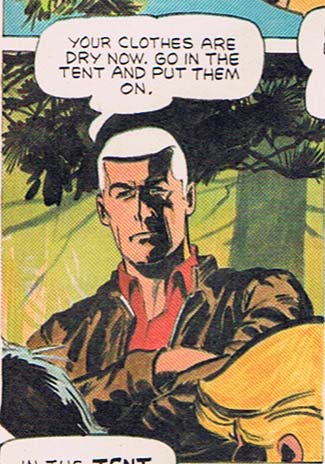 Once in the tent and dressed, Bruce gets an offer it will be difficult to refuse. 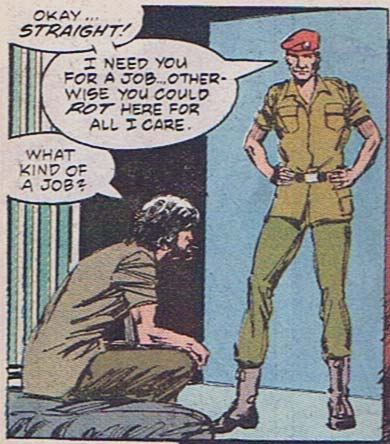 The Doomsday Dogs were just one of a horde of killers, and as a test The Order wants Bruce to hunt down a malicious prankster ravaging the coastal towns with deadly jokes -- Harlequinus. 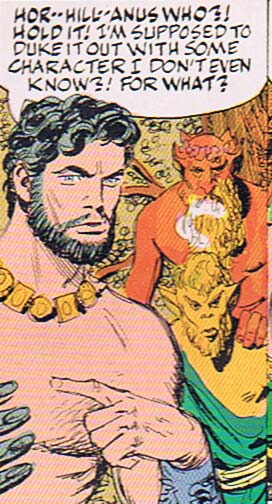 For pride, for honor, for the chance to reclaim his place in society, to bring law and order to chaos, Bruce accepts the group's challenge and trains heavily in their underground lair. 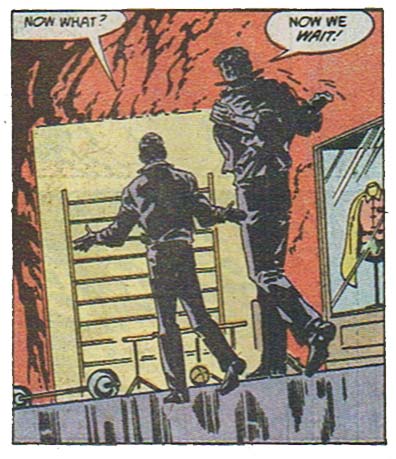 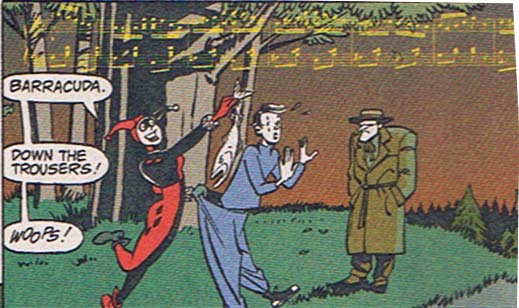 After a brief but violent struggle, Bruce -- disgusted at how cavalierly she treats life and death -- defeats the marauding milady.

The local police are confounded by the appearance of the trussed-up strumpet, and the abrupt departure of her vigilante deliverer! 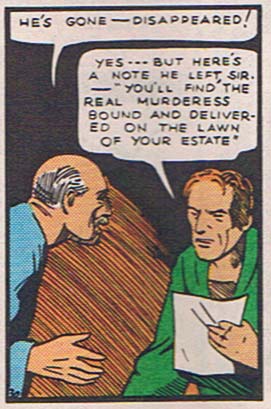 Will Bruce Wayne continue with The Order of the Bat in this Otherworld? Only time will tell!

Issues appearing in this edition of the Monday Mashup, in order of appearance, are: