Each week I take one (and only one) panel from each of ten randomly selected comic books, attempting to make a coherent story out of them. Our adventure this week features a plague-carrier, Batgirl, and the Dynamic Duo flinging someone off a building, so let's jump right in!

Our story opens with Gotham City's chief justice interviewing "Red" McClaren, a witness to the horrible plague which had just ravaged the city. 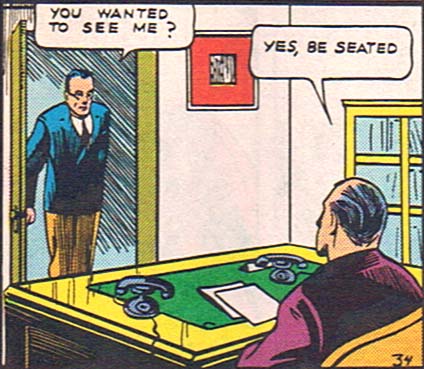 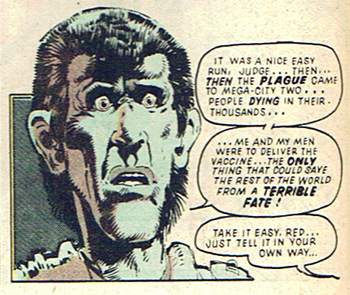 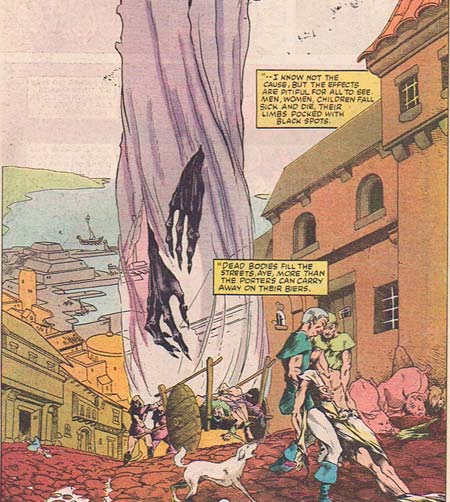 "Once the vaccine proved ineffective," Red continued, "Gotham's Police Commissioner Gordon realized the plague was not natural, but we lacked the resources to do much more than speculate."

"I'm not proud of what I did next -- even though I knew I should be on duty, I slipped away to warn my wife that a plague carrier was loose in the city." 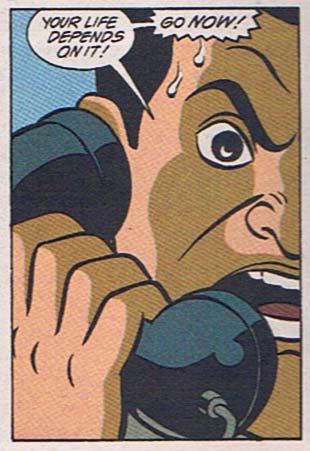 "Luckily," Red said with relief, "even though Batman was out of town, Batgirl was on the case and soon confronted the carrier."

"None of us knew at the time that special agents had tracked Batman and Robin down, urging them to come help." 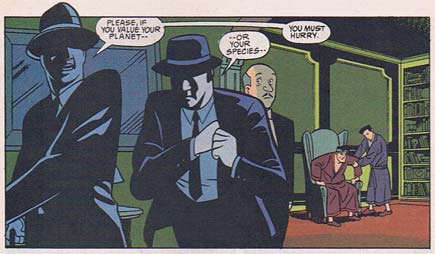 "They raced back to Gotham and, with Batgirl's help, found the plague carrier -- by now bloated, aged, and putrid."

"Their solution to the problem wasn't, ah, exactly what you'd call 'medically approved', but it got the job done." 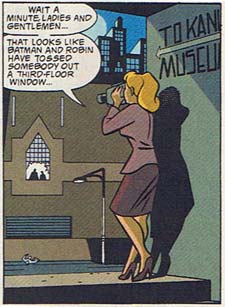 "The Commissioner was as relieved as any of us, but I'm sure he kept thinking we could all have done better; I know I did." 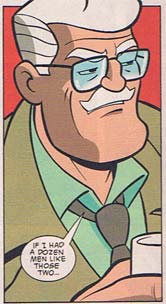 "All right Red," the Judge said, "you're free to go, with my thanks for a job well done -- we won't need to prosecute the Dynamic Duo for manslaughter in light of these new facts."

The images appearing in this edition of the Mashup are from, in order of appearance:

4 Responses to Monday Mashup 10: The Plague!