Monday Mashup 9: A Step in Time

Today I'll post another attempt at taking one (and only one) panel from ten randomly selected comic books and making a coherent story out of them. In a bit of a departure, though, this week I'm going for something rather more serious than silly; we'll have to see if it works. With that, buckle your time machine's seatbelts, kids, as we're headed off to the future!

The leader of a hidden cabal attempting to take over the world is challenged by one of the costumed, super-powered board members who's having second thoughts about the entire evil enterprise. 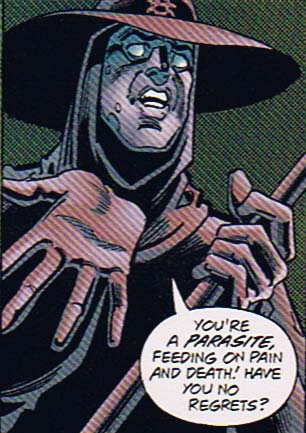 But he has misjudged the other members, and quickly finds the meeting turning against him.

Seeing that he has no chance of stopping the planned slaughter of super-human heroes, the lone dissenter slips away from the meeting to plot his own course while the others continue to argue.

His plan is to use the services of a hunting club that provides the unbelievable opportunity to travel back in time to hunt the great dinosaurs, only his prey will be the other crime syndicate members while they are too young to stop him!

One of his guards tries to reason with him to abandon the foolish plan, grasping at anything that might dissuade his boss. 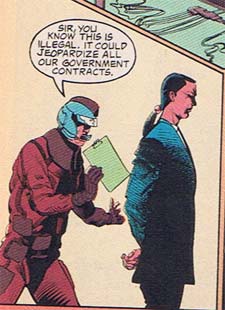 Unpersuaded, he steps towards the time portal, only to be struck down by one of his own super-powered enforcers who's been turned by another syndicate board member! 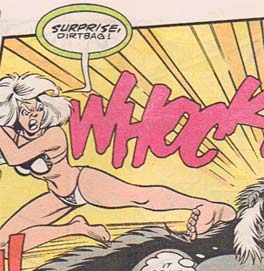 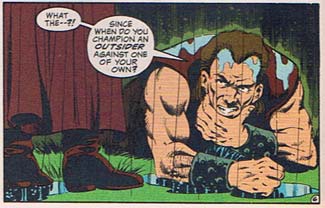 Her new traitorous sponsor steps from the shadows where he'd been lurking, gun leveled at the costumed crusader.

And yet when he pulls the trigger to dispatch his rival ... 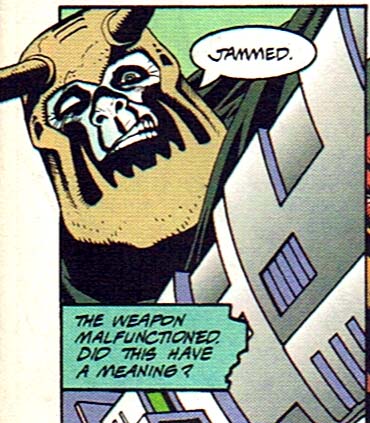 Tune in next week to discover what mysterious power the costumed crime lord holds over his enemies, and whether will he be able to wield the time traveling device to stop the annihilation of Earth's super-heroes!*

The images contained in this mashup are, in order of appearance:

3 Responses to Monday Mashup 9: A Step in Time