Mashup 6: An expert on the Flush Toilet

If you love randomness and comic books (and let's face it, if you didn't you would never have found HeroMachine), you're in luck, because it's time for another edition of the Random Monday Mashup! Every week I take one panel from each of ten randomly selected comic books and attempt to forge an entertaining (if not necessarily coherent) story out of them. So sit back and enjoy the ride, as we encounter temptresses, toilet jockeys, space-bound warlocks, and more!

Deep in the halls of the Pentagon, the CIA has uncovered what they think is a sinister plot. 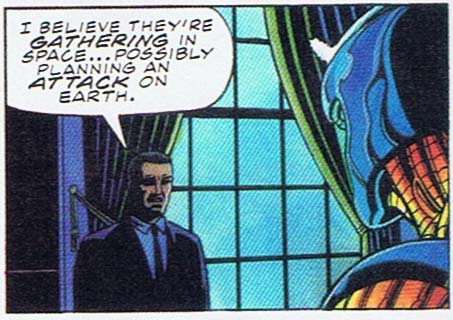 Little do they know that the space gathering is actually far more sinister than an invasion fleet -- it's an adult goth-themed party! 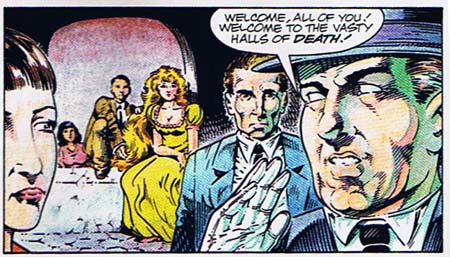 Unfortunately some pervert brought a kid with a penchant for touching other males to the party, a major buzz-kill for most of the attendees. 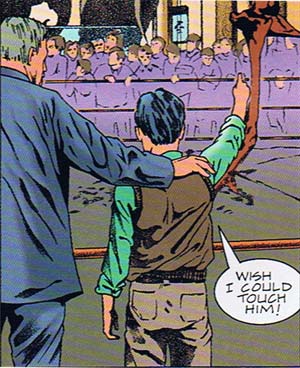 One young party girl is so disgusted she starts to leave, but she has caught the fancy of young Tony Bombast already, who fails to realize that he is using the world's oldest pickup line. 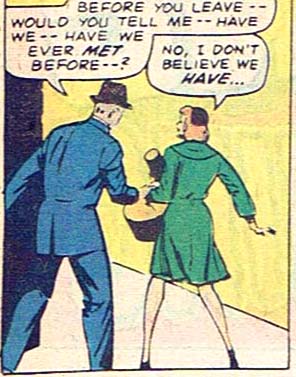 Two of the observers are unimpressed with the young lad's clumsy attempts. 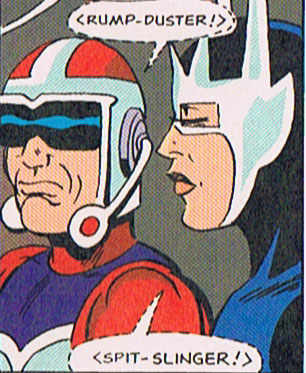 Performance anxiety, coupled with repeated rejections in his past, quickly threaten to overwhelm the hopeful paramour. 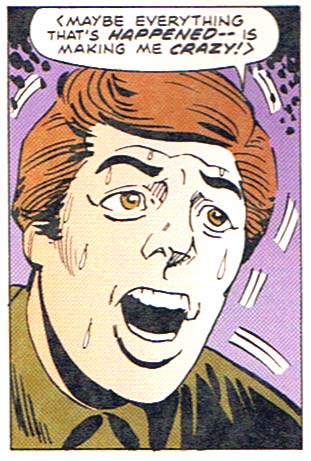 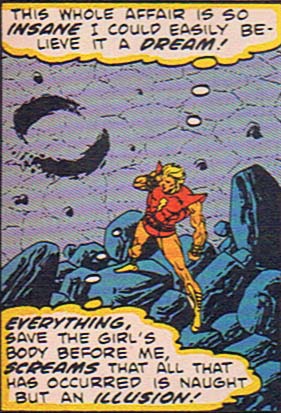 Ego shattered, Tony clutches himself and turns to leave, not realizing that the girl's body is indeed very much in front of him, now clad in a skimpy negligee and garters -- his cheesy pickup line actually worked! 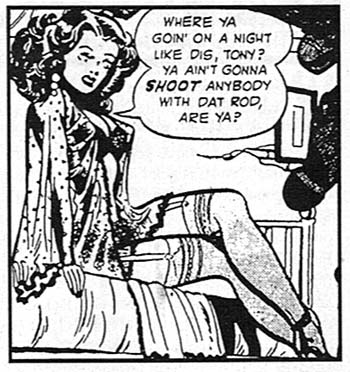 Alas, shooting someone is the last thing poor Tony will be able to manage with that "rod", as the other party hecklers had planted Ex-lax in the fudge at the catering table ... 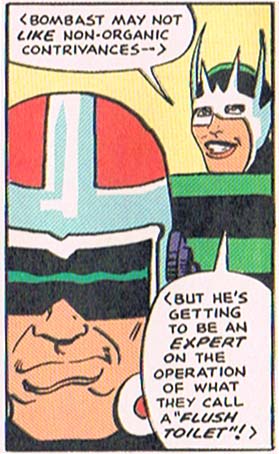 Explosive diarrhea is bad enough, but in space, explosions are really, really bad, and so the adult goth-themed party ends before it could truly begin. As does this edition of the Random Monday Mashup. Hope you enjoyed it! (And isn't that last panel the greatest onomontoPOWia ever? Who else uses the name of a room in your house as a sound effect? Brilliant!)

Today's Mashup consisted of the following comics, in order of appearance:

6 Responses to Mashup 6: An expert on the Flush Toilet