A friend of mine, "EvilDM" Jeff Mejia, created a role-playing game called "Legends of Steel" and asked me to do some character sketches for him. One of the characters was a pirate thief named Talena, and to show me what he wanted he sent me this HeroMachine image: 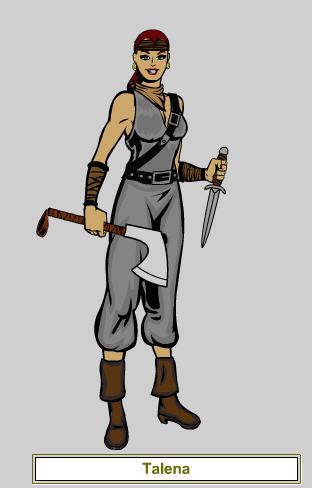 I took that and redrew it to look like this: 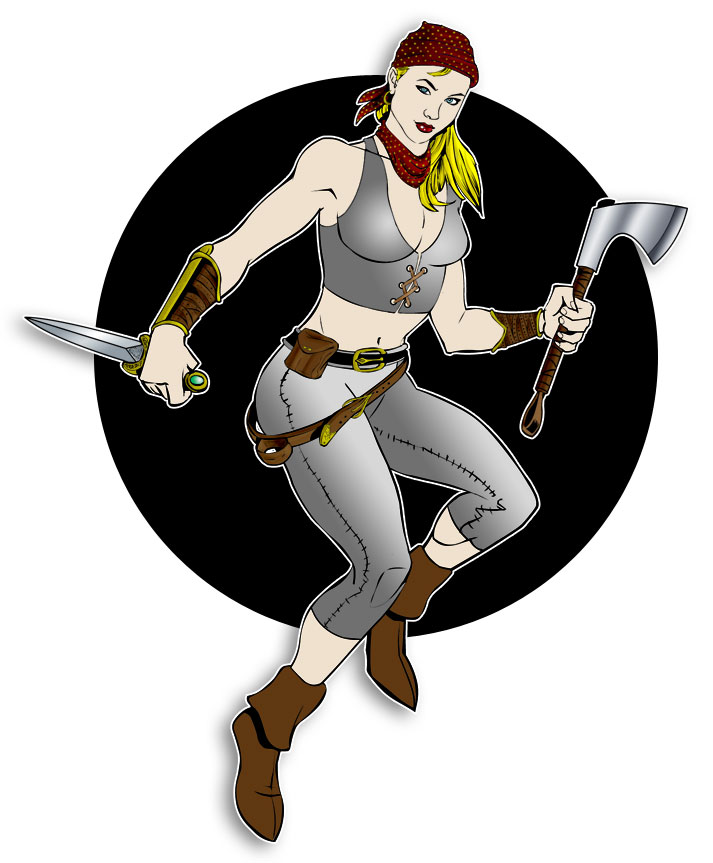 This is the kind of thing I'd like to do in the upcoming "Custom Character Portrait" contest, or whatever we end up calling it (suggestions more than welcome!). I think the original HM version is nice, and could even be used for a camera-ready, print-quality production if he wanted, but there's just nothing like an actual illustration done by a pro.

One Response to Custom Illustrations: Talena