Over the years I've had a couple of freelance clients send me images of a character from HeroMachine that they wanted to have in a custom illustration. Don't get me wrong, HeroMachine is great for making "darn good" portraits, but there's just nothing like a true, unique, professionally rendered image.

I thought it might be interesting to show you how the program can be used to give an artist a really good idea of what you're looking for, though, so here's one example of a character designed in HeroMachine, then rendered by hand. I give you Kubota, pint-sized (but deadly serious) soldier of fortune in the Star Frontiers game world (click on either image for a larger version): 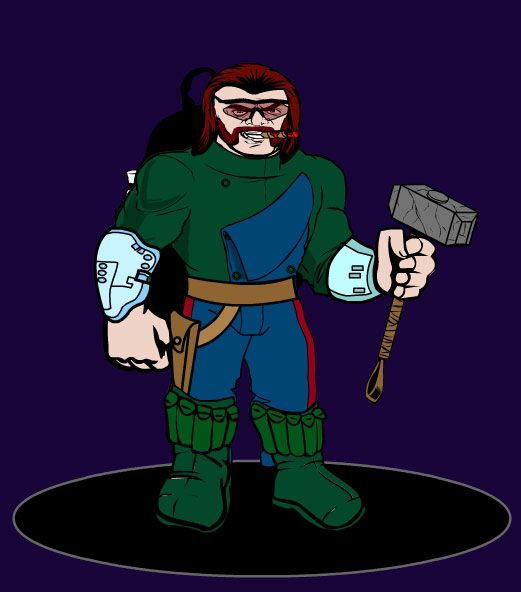 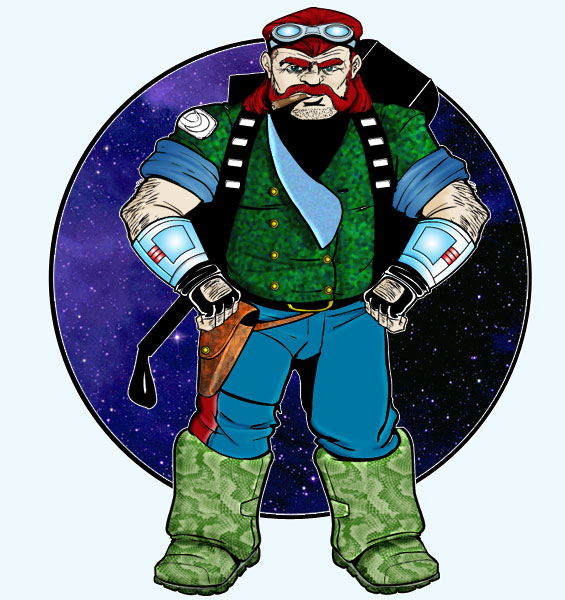 I'll be posting a few more of these over the next little while, the HeroMachine version first and then the custom illustration next. If anyone's interested, I've also been thinking about having a contest. People would send me their HeroMachine creations, I'd pick, say, the five best, and then open it up to a vote. The winner would get a custom character portrait based on that visual.

If that sounds interesting, please leave a comment and let me know!