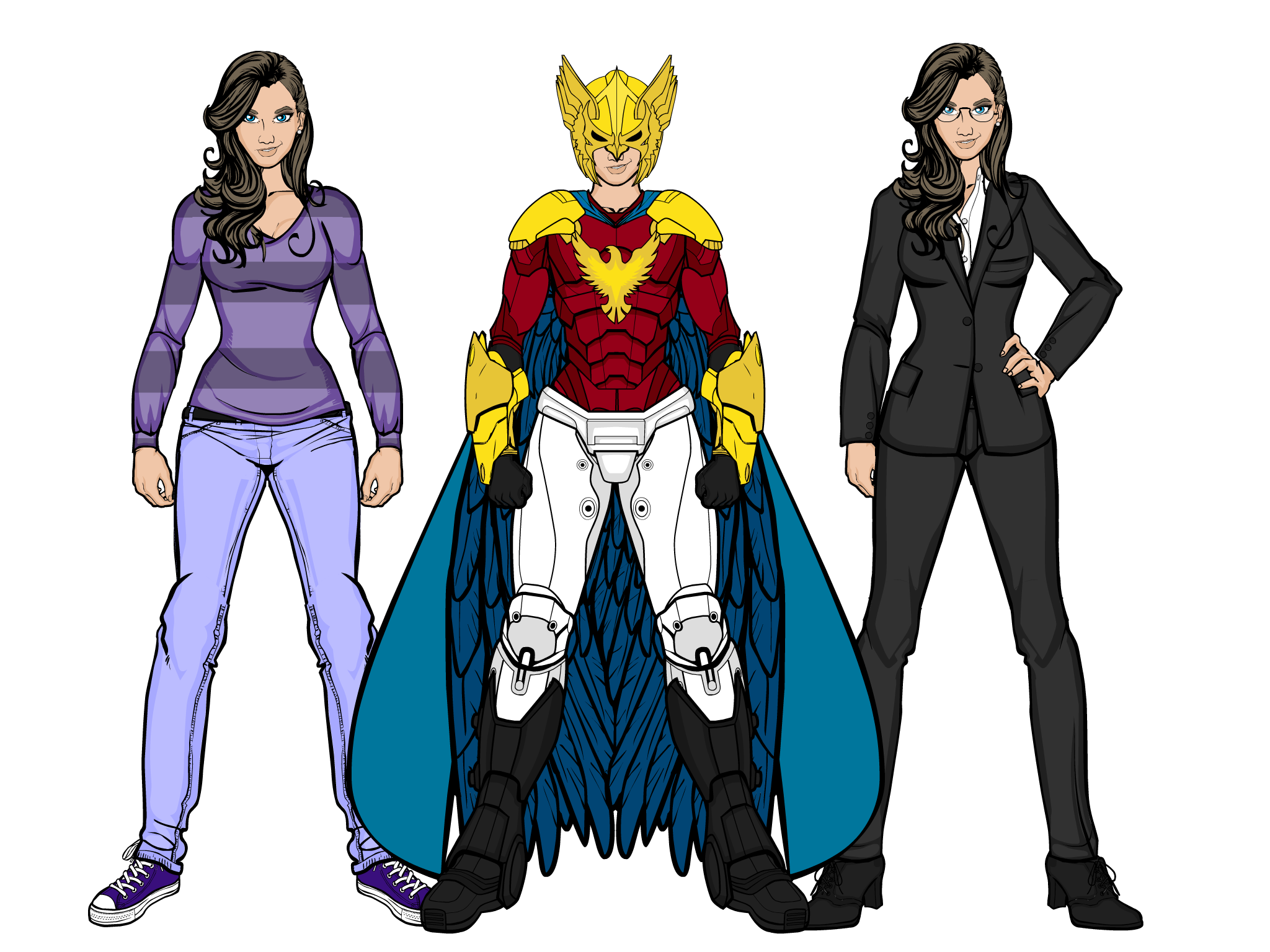 Name: Leigh Walker
Alias: Harpy
Powers: Superhuman Strength/ Reflexes/ Senses/ Stamina, Enhanced Healing Factor, Flight
One of a pair of superpowered twins born to high priced attorney Laurence Walker, Leigh is the older of the two by about half an hour, something she will never let her brother Lance forget if ever the time for some playful teasing comes up. More relaxed and cheerful than her straightlaced and serious sibling, Leigh was the one who came up with the idea of the pair becoming superheroes and is definately the more enthusiastic. Though she does have a very strong sense of justice, she finds superheroics to be more of a fun aside that helps fight crime, whilst her day job as a public defence attorney is where the real justice can be dealt. Her decision to become a public defender, rather than joining her fathers’ law firm like her brother, did cause some tension within the family, a fact not helped by her claiming (to her fathers face) that private lawyers don’t give people justice, but protect the rich and powerful from facing it. She has set herself one single, simple target for her career as a superhero, to take down the head of Criminal Enterprises, the multi-billionaire stock broker and head of the Mason Corporation, Charles Mason.
Random Extra Fact: Leigh wears glasses at work, even though she doesn’t need them. She’s found that she gets taken more seriously when she wears glasses.