Here is Dylan Blake, a half angel half demon ward of Father Timothy McMahon. His angel father abandoned him and his demonic mother at his birth. The father would later be stripped of his powers and become the magic fueled angel hunter known as the fallen angel. Dylan and his mother lived on the run from both Heaven and Hell for fifteen years before she finally died at the hands of a demon. Father McMahon witnessed this and took the boy in. Through Father McMahon’s connections with Metatron, Dylan was offered sanctuary from both sides. Dylan reluctantly agreed and has since began to view the Father as the father he never had. He has started to form a life in the crime ridden neighborhood and has even made a few friends, including the half angel Seraph, much to both their surprise. He uses his anger alongside his angelic and demonic powers to help cleanse the neighborhood of various supernatural threats. 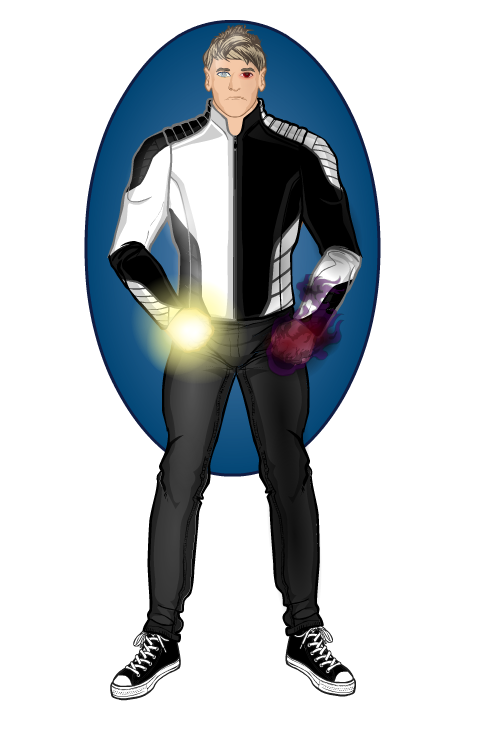