So, we’ve seen a fair bit of Isabella Collins aka Golden Guardian, so now let’s meet her brother shall we. 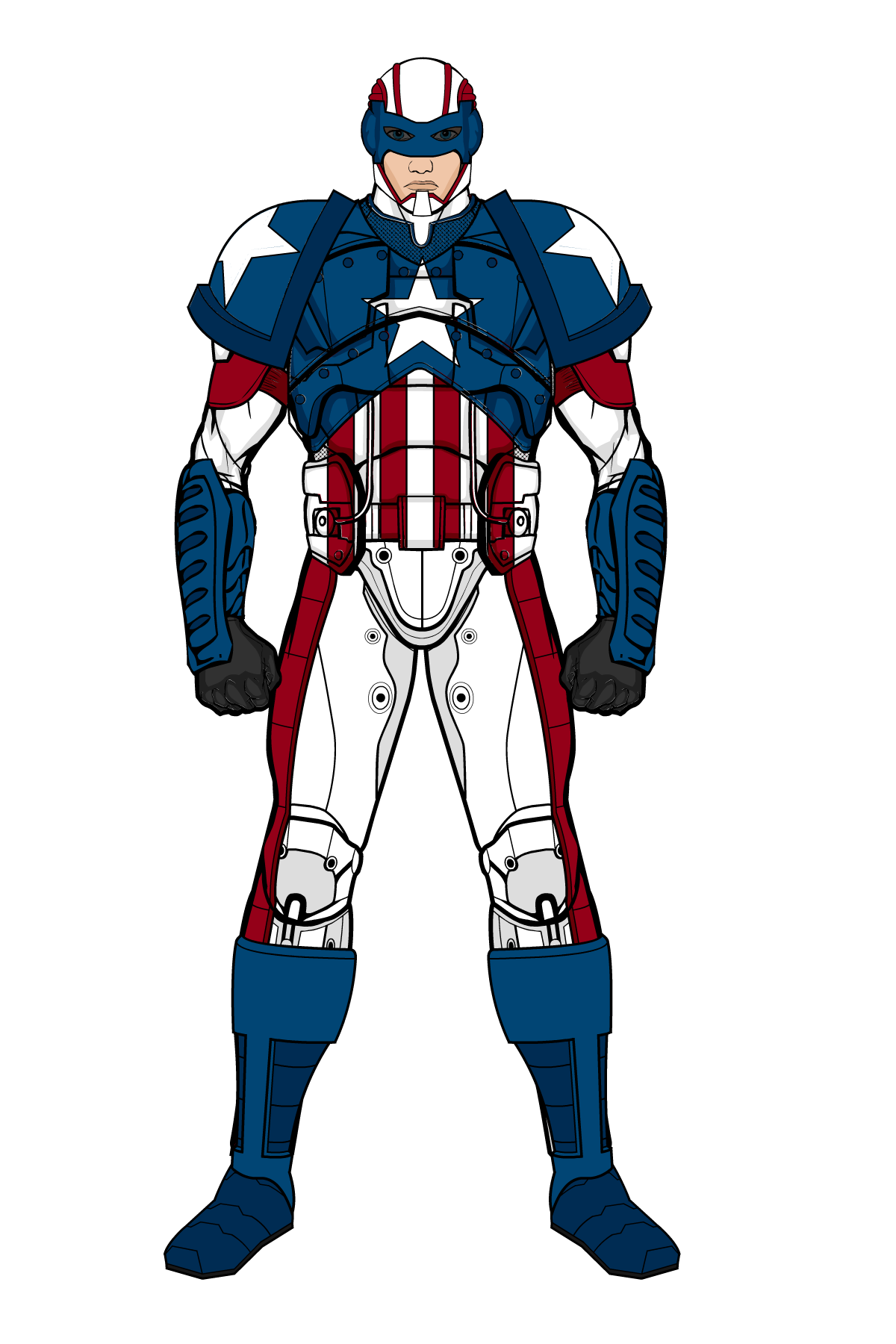 The grandson of WW2 superheroes The American (Walter Collins) and Miss Liberty (Mary Carter), Thomas Collins grew up idolising his grandparents and wanting nothing more than to be a super famous hero like they were. Of course, when his powers emerged, he lept at the chance to prove himself as a hero. His original forays went… less than according to plan, but it did get him a lot of attention, and a lot of girls, so he counted that as a win. However, his parents didn’t approve, so he was handed off to his grandfather for training and to learn discipline. Much more mature now than he was as a teen superhero, Thomas has taken up the mantel of The American in tribute to his grandfather. His powers are much the same as his sisters, he is a peak human fitness with reflexes better than even the best fighter pilot, alongside the strength to lift approximately 5 tonnes. The one thing he does have over his sister is that Thomas inherited their grandfather’s resistance to damage. He’s not invulnerable, but his skin is very hard to pierce, making him relitively safe from stabbing or most low calibre gun fire. Thomas is also a very astute tactical mind, thanks to his grandfather’s rigerous tuition. He can read sistuations incredibly fast and assess the best course of action. He tends to keep a cool head in most situations, though he still does sometimes slip back into his more show-off tendancies around ladies he fancies. And he’s really competitive with his sister (though he has never beaten her in a fight, much to his embaressment and annoyance).