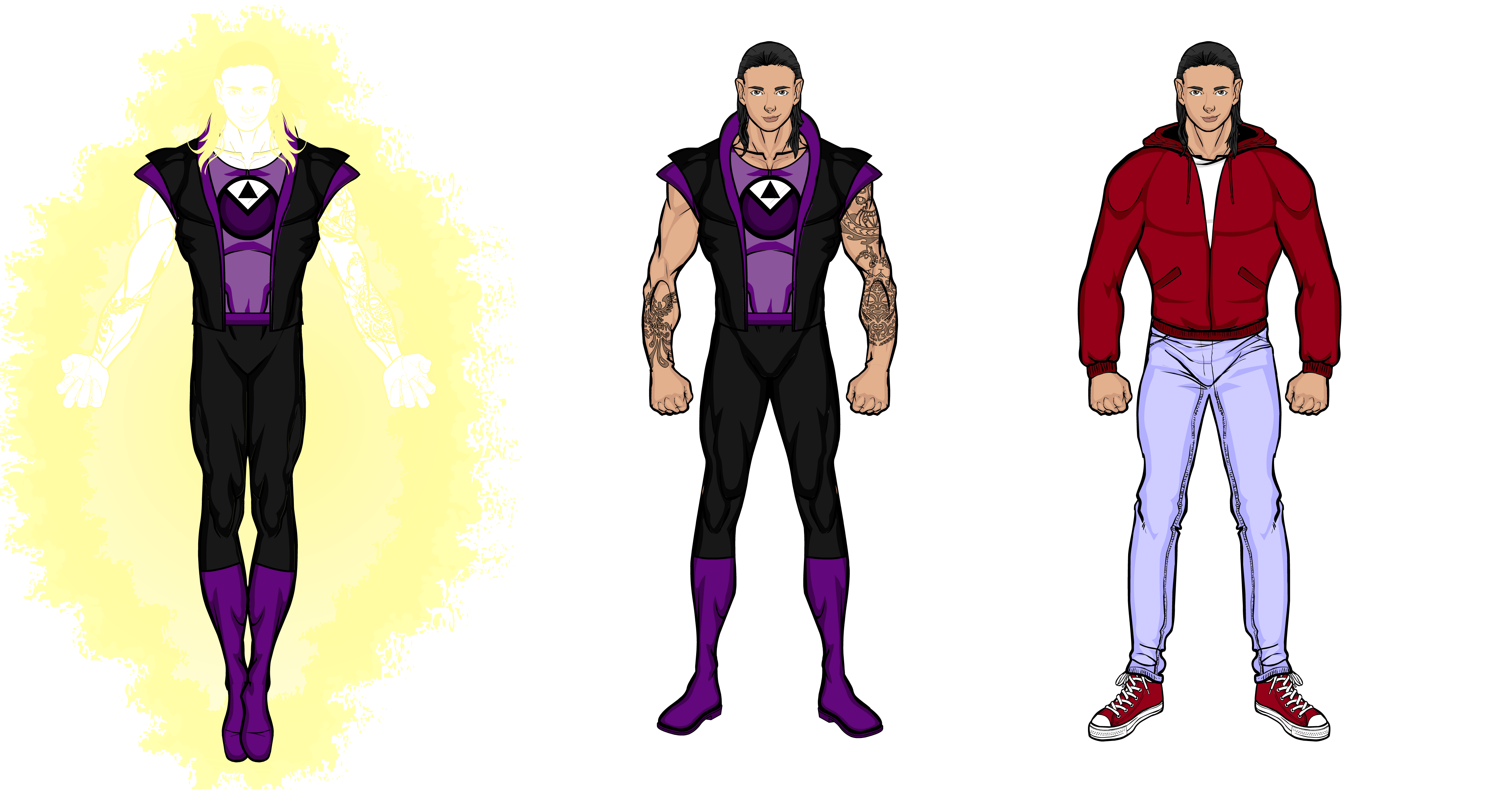 Born in American to a Mexican family who had crossed the border illegally to escape gang violence in their home country. Their luck finally ran out when Tavio was 9 and they were found by a hitman hired by one of the gangs. Whilst both his father and mother were killed, Tavio survived by hiding under his bed (the hitman didn’t bother to look for him because neither he nor the gang knew Tavio existed). Of course, this event awakened Tavio’s dormant powers, which was difficult for him to handle, considering his age. It also didn’t help when he went into the foster care system, which he was passed around in for much of his teenage years. Teenage Tavio was not the easiest person in the world to work with if you were a carer or foster care staff (understandably so considering his parents were murdered) and his having powers only made things worse. There was even a time where Tavio ran away and lived rough on the streets, but that didn’t last too long. And that’s before any questions of sexuality come into the equation. Of course, with no parents and no stable adult figure in his life, Tavio had to figure himself out without anyone really to turn to, though he would eventually come to realise he was bisexual. Fortunately, life calmed down for Tavio by his 16th birthday, he managed to graduate school (despite a very rocky record) and started to volunteer at one of the shelters he would frequent during his time sleeping rough on the streets. It was around this time that he met Melissa Ashford and Jen Rudd, two fellow LGBT superhumans. It was these two meetings, plus Melissa’s friendship with Protectors member Manara, that inspired the creation of Pride.