He’s even less thrilled about his own association with Nazi’s.

The Holdermann family have been associated with the Air Raid identity since World War 2 when Erik’s grandfather fought for his country as Air Raid until the end of the war when the family were named and shamed as Nazi loyalists and lost much of their wealth in the process.

The identity of Air Raid has been passed down through the generations since then, mostly as a way to help the family secure illicit funds and restore their power and name. As the strongest and most able member of the current generation of his family. The responsibility of being Air Raid has been thrust upon Erik.

To be perfectly honest though, Erik would much rather be done with the whole thing. His personal values don’t exactly align with that of the elders of his family. Those same elders, his grandfather, in particular, are the puppeteers pulling all of Erik’s strings.

He is nothing if not loyal to his family and will do whatever they ask of him but secretly, Erik longs for the day the elders of his family finally die out and he can forge his own path. 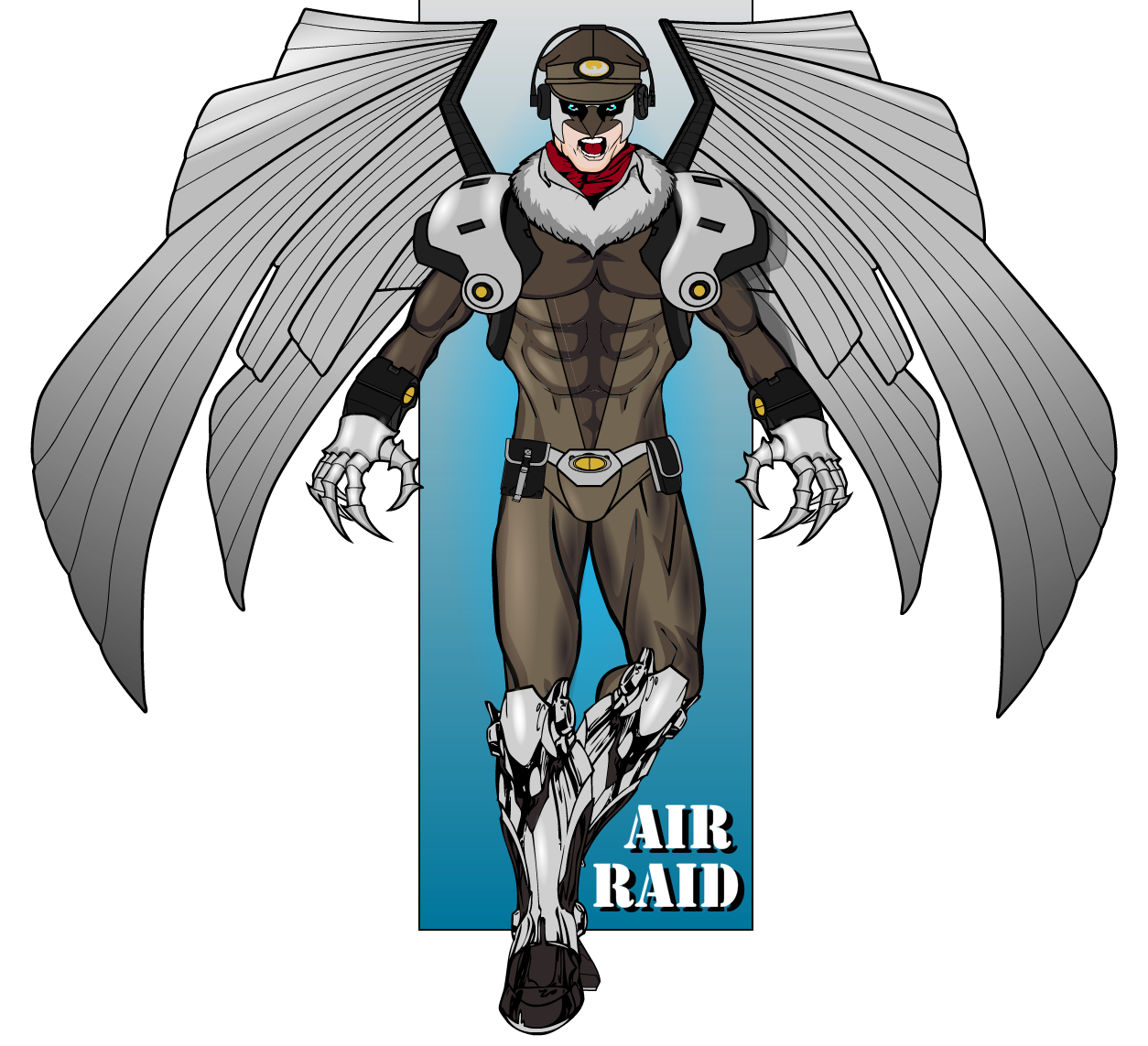