We interrupt our regularly scheduled superhero shenanigans to bring you my D&D character.

Or a concept costume for her anyway.

Sola is an assassin turned alchemist, attempting to make amends for her past sins by helping as many people as she can. Naturally gifted with poisons, Sola has now turned her skill to crafting less deadly concoctions and has become the group’s de facto healer.

Unfortunately, no matter how much she tries to distance herself from her past, death and destruction still seem to follow her wherever she goes and she highest body count in the party by a country mile.

OK, so this started as a running gag in-game that Sola was so efficient and ruthless at killing the enemy that she kind of got retconned into being a former assassin but it’s a story that I really like. It gives her some added depth.

The duel sides of Sola, her desire to help others and her somewhat violent tendencies are represented by her gauntlets. My favourite game item of all time. She carries small capsules of healing potion on her gauntlets. When one is smashed, another moves into place.

…That’s right, boys and girls, Sola heals her friends by punching them in the face.

She also has a bow with blades on it and arrows that contain bombs and other potions but the healing gauntlet is my favourite piece of kit.

I’ll probably come back to this and tweak some things so you guys may see Sola again. 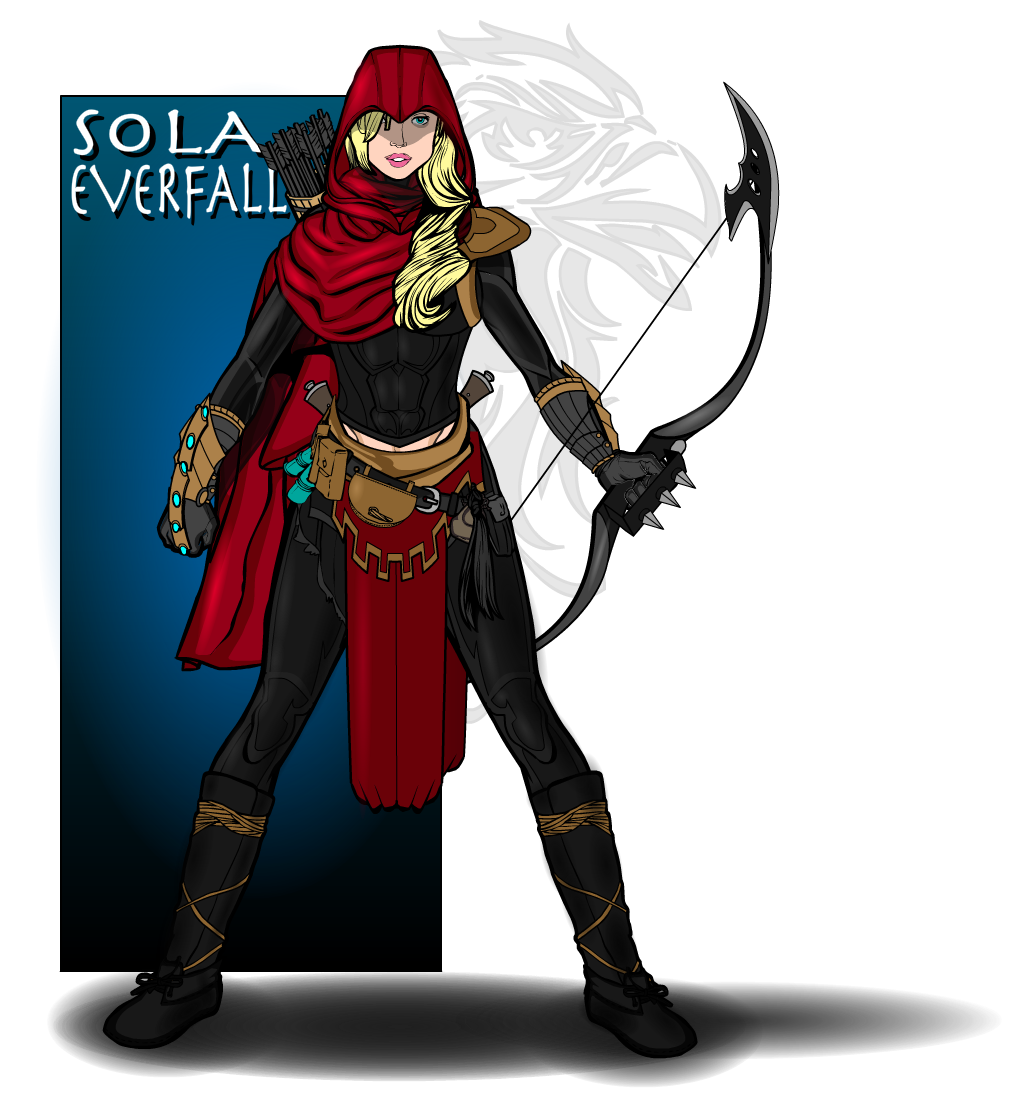