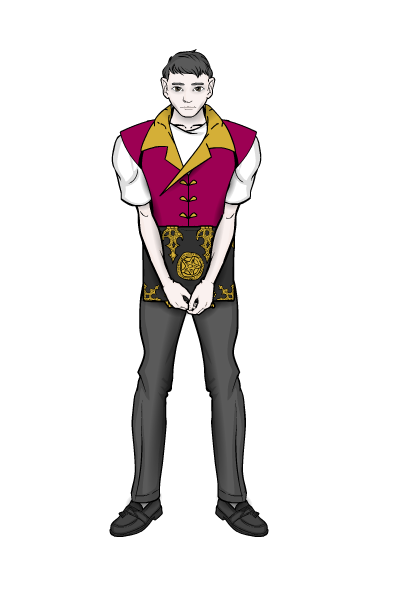 Name: Oliver Heinriechs
Base: Central Security Station, Kalhyra
Soul Branch: (Unknown)
Level: (Unknown)
Strongest Magics: –
Notes: The son of Doctor Heinriechs, Oliver lives on site and works as his fathers research assistant. Though possessing the ability to access Soul Magic, he is not trained by any sanctioned authority, instead having been partially trained by his father. Suffering from respiratory problems from a young age, he was rejected from the Academy and would not be able to pass the medical or physical tests to join the Corps, even if he was able to fully wield Soul.

Character Building Fact: Oliver is gay and has a crush on Cyrus. Out of all of his friends, only Sempi knows this. She found this out after she agreed to go to the Solstice Celebration with him to save his embarrassment of either rejection, going alone or what the senior officers in attendance would think of him. Though she is pledged to silence, Sempi is supportive of Oliver being more open, encouraging him to tell Cyrus his feelings and also come out to his father.