The X-Men have been going for 53 years at this point. During the over half a century in existence, they grew from a 5 mutant team led by a bald guy in a wheelchair to a huge multinational force containing some of the most recognisable and most iconic characters in the history of comics. Their 1991 main book renumbering X-Men #1 became the best selling individual issue of all time, selling well over 8.1 million copies, and the team have been involved in some of Marvels greatest ever storylines (The Dark Phoenix Saga and Days Of Future Past to name a few). But for all their high points, there's a lot of things about Marvels marvellous mansion of immutable mutants that they'd like you to forget.

Whilst not technically a full member of the X-Men, he debuted in an X-Men title and has close ties to one of the X-men's most famous members so he's going on the list. Deadpool has become one of Marvel's most popular characters, with his fourth wall breaking wackiness and rather X-ellent (puns) movie. However, what Marvel really would rather you didn't mention is that his creator, Rob Liefeld originally just straight up stole Deathstroke from DC and renamed him with a slightly different costume and Spider-Man's personality. It took until 1997 and a change in writers for Deadpool to truly become the character that we know and love today.

I'm not being facetious, this picture is pertinent. Much like Spider-Woman, Wolverine was originally meant to be an animal mutated to human form by an outside force. In this case, the animal was a Wolverine (in-surprisingly) and the outside force being the High Evolutionary (a whack-job immortal who has a fetish for evolving things). His claws were also meant to be part of his costume, not his body, his gloves were going to be the only thing that was made out of adamantium and he was meant to be no older than his 20's, rather than no one knowing exactly how old he is. Just imagine X-Men Origins: Wolverine if Marvel had stuck with that origin. And speaking of...

Good gosh these movies weren't good were they? Last Stand has now been basically retconned out of the movies series continuity (oh, we'll get to that), whilst Origins: Wolverine pissed off so many people that it killed the plan for an Origins: Magneto, delayed the planned Deadpool solo film by a decade and force the entire series to be almost soft-reset with First Class. Sure, the X-Men movies are now direct competition for Marvel's in house MCU, but they'd still probably like you to forget that there are some dodgy films out there featuring some of their flagship characters.

So, back in the early 2000's Marvel had this great idea. "We'll introduce this new mutant" they said, "He'll wear this awesome mask, be all mysterious and then we'll reveal he was actually Magneto all along." "No" said the fan community, "We like Magneto the way he is thank you. And seen as you killed off Magneto at the end of that storyline, then brought him back really soon after, how does that make any sense?" "Um" said Marvel, "Well, you see, he was never Magneto to begin with. he was an imposter. An imposter who look suspiciously like a white haired man of German-Jewish descent for a Chinaman and had remarkably similar powers to the master of magnetism. yeah, Xorn never was Magneto."

Oh and also, he wore the mask because he had a sun for a brain, which I'm pretty sure is scientifically impossible, even in a world where people can fire lasers from their eyes.

So, the late 60's were not a good time for the X-Men. Their comic was underperforming next to Marvels other titles and in an attempt to shake up the status quo they decided to kill off Professor X and split the team up. Now, not only did this not boost the comics sales, the book went into decline afterwards and it was eventually revealed that the Xavier who died was an imposter called the Changeling, a shapeshifting mutant who disguised himself as Xavier on the Professors request. However, considering the current state of the X-Men and the drama caused by Professor X's most recent death, Marvel might not want you to remember that they've tried this before and it didn't go well.

In the beginning, all was good. There was a film and it had 2 sequels, both of which followed their predecessor in a logical and fluid fashion (despite a noticeable drop in quality on the third). Then a prequel was created. Whilst some continuity errors were there, it fit into the established continuity without much problem. Then another prequel was created, this time focusing on other characters, and the timeline starts to become a bit strained. Then a sequel to the 3rd film is released which leads to a sequel that is also a sequel to the 2nd prequel but also a prequel to the first film but not because it changes the timeline. Then a sequel is made for the previous sequel and now next year there's a sequel to one of the sequels that takes place in what would logically be a redundant timeline and help my brain has melted. 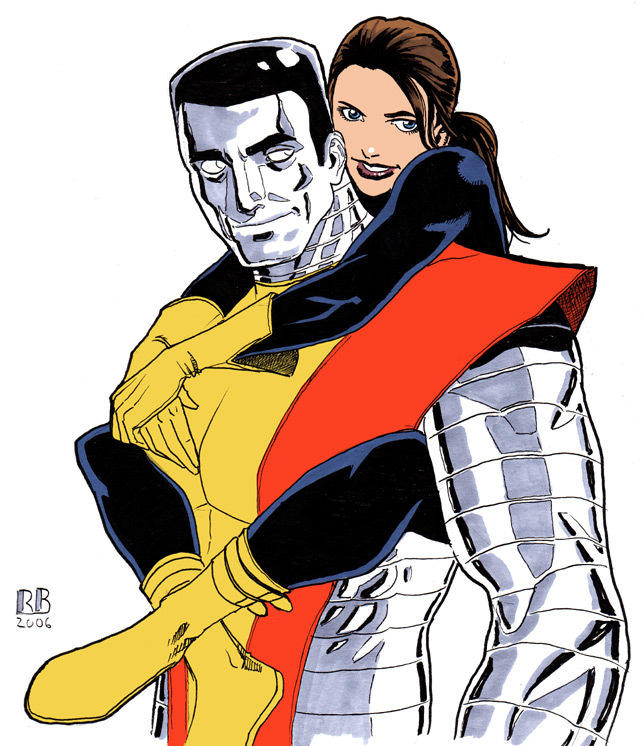 Yeah, I feel a bit bad about including this one, because I love both of the characters and I was introduced to this pairing after the incident I'm going to talk about so I do actually like the pair together, but still it's worth mentioning. So, apart from Jean Grey and Scott Summers, the most famous canon in-team romance is probably Colossus and Shadowcat right? It's something that was on and off since Kitty joined the group pretty much. Unfortunately, that presents a problem because Kitty was kinda 13 years old at the time, whilst Colossus was in his 20's. Fortunately, Marvel handled it very well, they had Colossus tell her to wait until she was older and when the characters had aged they got back together. But, that didn't happen immediately and that's why Marvel might want you to forget the early years of this romance. 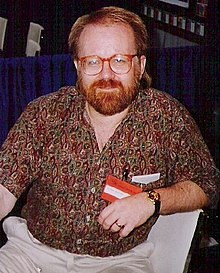 After Giant Size X-Men #1, the X-Men team got back into mainstream relevance. They had a new, multi-national cast and a strong direction. However, the creative team behind the series, writer Chris Claremont and artist Dave Cockrum, weren't really feeling one of the characters and were considering removing him from the title all together. That character being Wolverine. However, before the plan to axe the short grumpy Canadian could go through, Cockrum was replaced by a different artist, one of the Maple persuasion, John Byrne. Byrne didn't want to see his fellow Canadian dropped and so championed Wolverine to management and so the character was saved. Considering how popular Wolverine is these days, Marvel might not want you remembering how close he can to getting the boot.

2. The series got cancelled 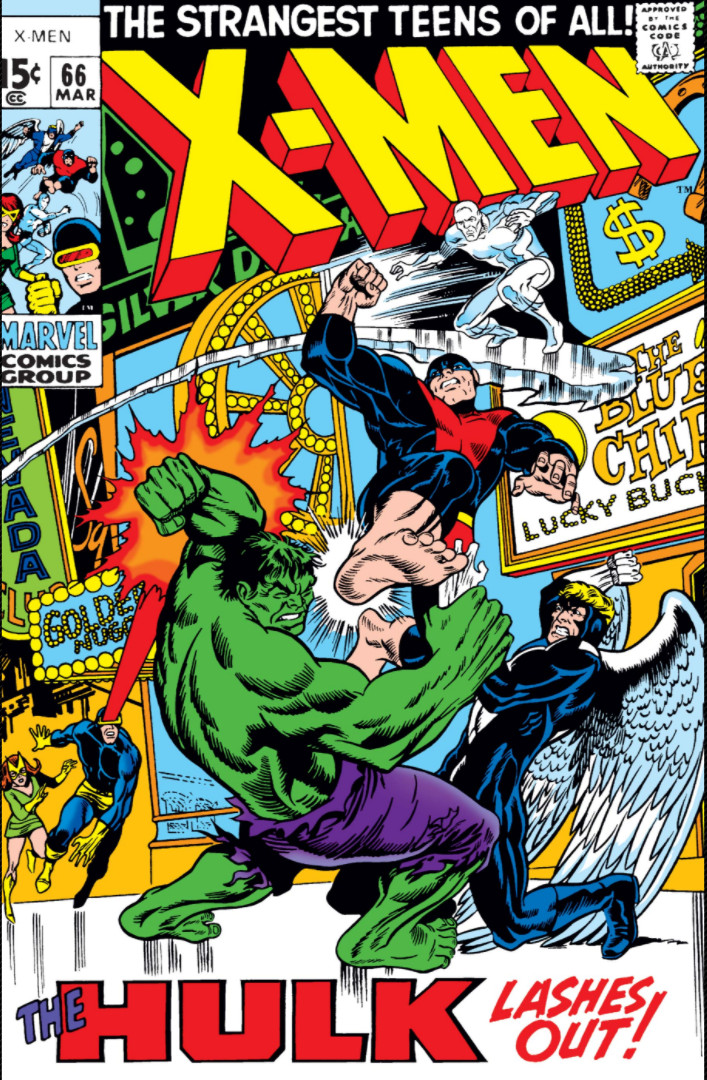 Ever since the 90's, X-Men titles have been one of Marvels consistent best sellers, often outselling The Avengers and Spider-Man. However, as we touched on with Professor X's first death, that wasn't always the case. In the late 60's the comic was Marvels lowest seller and despite using every trick in the book (character deaths & resurrections, introducing new characters, guest appearances) the series finally got cancelled on issue 66 in 1970. Well, I say got cancelled, they just stopped bothering to write new material and issues 69 to 93 were just reprints of older stories, which is probably something else Marvel would rather you misremember. But either way, Marvel would probably like you to forget that one of their most popular titles once got cancelled because of bad sales.

1. Wolverine is a pretty bad influence. So, Wolverine. As we've already covered, he has a few skeletons in his closet (adamantium laced or otherwise), from bad origin stories to nearly being cut from the comic entirely. However, he's now the most popular X-Men character and one of Marvel's flagship characters. In recent years, he's been a member of the Avengers and the head-teacher at the Xavier Institute (which he renamed the Jean Grey Institute). However, Marvel might want you to forget that not only is he woefully underqualified for such a role, but he's had some pretty questionable moments in his history. He's been a member of a black ops strike force, whilst also working at a school. He once tried to kill Storm and then shortly after abandoned her whilst she had lost her powers to go and look for Jean Grey, knocking her out and leaving her helpless in a potentially dangerous situation in the process, leading to his team-mate being kidnapped by a group of dangerous and psychotic vigilantes. Whilst he was head of the Jean Grey Institute, he took a group of his students to an interstellar casino to gamble in order to get funds for the school. That's not exactly setting a good example, even worse because they won the funds by cheating. He became Kingpin of Chinatown whilst the X-Men were stationed in San Francisco and promptly ignored his responsibilities, leading to a massive drug war between different factions of the local Tong gang. He once adopted an orphan in Japan, then dropped the kid off with a local family, only for that family to turn out to be neglectful and when Logan rescued the kid he just left her with a ronin instead. Oh and he once tried to kill Rachel Summers in order to stop her from killing a murderer, because apparently killing people means you can't be part of the X-Men... wait what? Oh yeah, and there was that time where he tried to prevent Ultron from being created and ended up breaking time. So yeah, role-model material there.

So, there you go. 10 things Marvel would like you to forget about the X-Men. But we're not done yet. I've got one thing left, something bigger than anything we've covered on this list. But we're going to leave that for tomorrow.