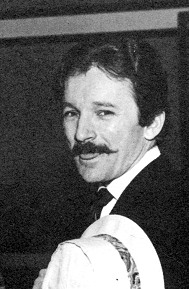 1979 Butch and Sundance: The Early Days

1978 The Children of Sanchez

Developed a theory that the attractiveness of clothing on women is not really dependent on the amount of skin shown - rather, it depends on the degree to which the outfit appears to be on the verge of falling off.  The "Theiss Titillation Theory"—which claims that "the degree to which a costume is considered sexy is directly proportional to how accident-prone it appears to be"—is named after him. A key example of this idea in practice is the female android costume in the Star Trek episode "What Are Little Girls Made Of?" in which the revealing top portion consists only of two crossing straps of material that connect in one piece to trousers, and—Theiss's personal favorite—the gown featured in the episode "Who Mourns for Adonais?": a backless dress in which the front of the dress was held up by the weight of the train which fell over the shoulder to the floor. 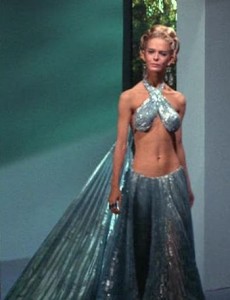