The Fantastic Fruit of the Loons

This is Benjamin Grimm, also known as the ever-lovin' Thing, as he was originally envisioned by the great Jack Kirby and Stan Lee: 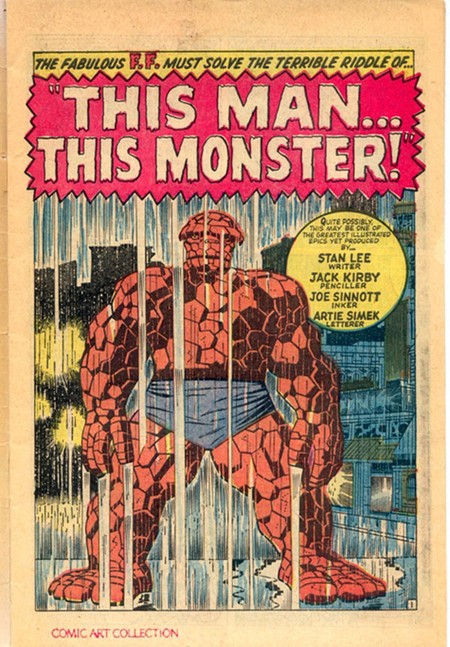 He's a man whose body has been unwillingly transformed into a hulking, rocky, inhuman form. His soul aches to be normal again, even while the world runs in fear from his tortured visage.

This is the common pineapple, also known as a tasty fruit snack: 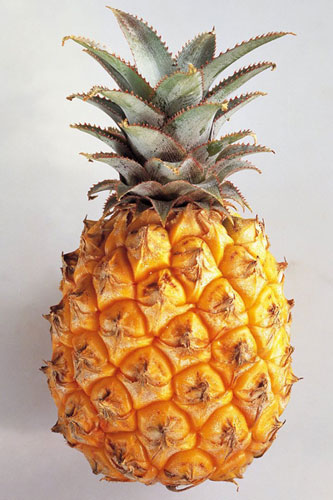 Now, I have nothing against tasty fruit, and I have in fact been known to indulge myself in the tart goodness the beloved pineapple brings to the palette on more than one occasion. I also am a fan of The Thing, who brings some great pathos and tragedy to the First Family of Fantasticness.

However, these two worlds should not meet. I mean, Ben Grimm can eat all the pineapple he wants, he just shouldn't become one. Unfortunately, at some point Marvel missed that memo: 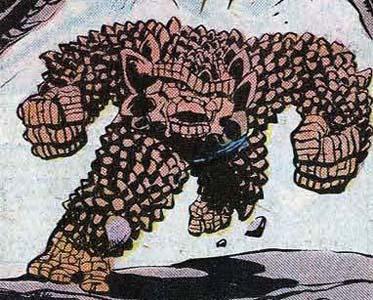 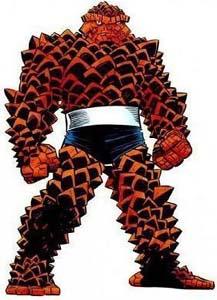 Oh, I know, he's supposed to be spiky and extreme, because if Image Comics taught us anything, they taught us that pointy is cool. But it doesn't come off as savage or wicked or awesome. It comes off like pineapple. And no one fears pineapples. Though maybe that's what Ben wanted, maybe now he can open his massive arms and cry "Hug me, I'm fruity!" and the people will love him at last!

If so, I fear he's in for yet more disappointment.

Look, if you're going to continue the cosmic ray-induced metamorphosis of Mr. Grimm, turn him into an orange. He's already that color, after all, so it's not that much of a stretch. But a pineapple? Please.

13 Responses to The Fantastic Fruit of the Loons